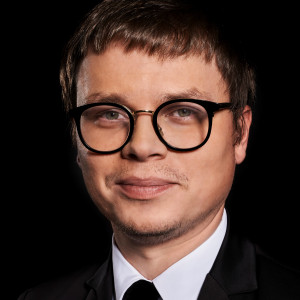 The recipient of numerous prestigious national and international competitions and awards, including inter alia: Microsoft Partner of the Year 2018-2019, the title of one of the 30 most promising technology entrepreneurs in the world according to EY, winner of the New Europe plebiscite for the most innovative companies in Europe, organized by Google, Res Publica and the Financial Times as well as Digital Shaper Award 2018, Poland AI Person of The Year 2019, CEE x-Tech Awards 2019 - AI Innovation of the Year.

Since 2010 he is a lecturer and researcher at the AGH University of Science and Technology (two faculties) in Krakow, where he co-founded award-winning courses of his own authorship, including; Social Informatics, E-Economy (the most innovative course of study in Poland in 2012 according to the Ministry of Science and Higher Education) and Digital Marketing. He is an ambassador of the AGH brand and a mentor in the Polish Development Fund network. He graduated from two fields of study (computer science and sociology), and is currently working on an interdisciplinary PhD.

He has been a participant of many conferences and a guest lecturer at Polish and foreign universities. He is also the author of publications, including bestsellers, published as part of the PWN Scientific Publishers. The founder and creator of AI School Program and Academy which was delivered to schools and kindergartens in 2019 and 2020 in Poland.