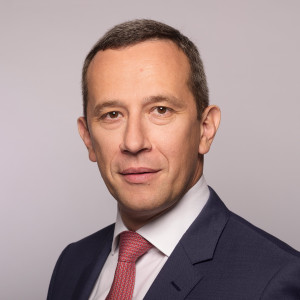 Company: Huawei in Central and Eastern Europe and the Nordic Countries

Huawei's Vice President for CEE and Nordic Countries. He has been associated with Huawei since 2008. He started his career in the company working in Huawei Kenya as the Operations Director. Then, as the Regional Technical Director, he was responsible for the East and South Africa region. In 2013, he became the General Manager of the Huawei branch in Uganda, and in 2015 he took the position of General Director of the Huawei office in the Czech Republic. He is the first person from outside China to be appointed CEO in Huawei structures.

Before starting his career at Huawei, Radosław Kedzia worked in Poland for companies such as Polska Telefonia Cyfrowa and Telekomunikacja Polska. Since 1999, he held international, technical and managerial positions at Ericsson, Safaricom and Siemens. He has worked in countries such as Kenya, Israel, Great Britain, Spain and the Czech Republic.